Is your CCaaS Multi-Tenant or Multi-Instance? Does it matter?

Over the last decade, things that used to be considered farfetched are becoming a reality more than ever. This fact is not different for the CCaaS (Contact Center as a Service) world. We live in a different kind of world now where the threat of Cyberwarfare looms over our heads, system outages and data breaches are regularly in the news and the discussion of Multi-Instance vs Multi-Tenant is once again an issue of importance.

The first cloud offerings started to appear during the late 90’s. Back then, the debate was over what architecture to adopt. Most vendors opted for faster implementation to market and the result was that Multi-Tenant architecture became a much wider implemented standard over the last 20 years. One of the main reasons is that Multi-Tenant architecture is cheaper for manufacturers to maintain which meant it was not only faster to market, but also available at a lower price and higher profit margin, even though Multi-Tenant architecture is more difficult to scale due to the complexities of their common customer infrastructure. At the same time, cyber-attacks, while a known issue, were not common enough to be a major concern or serious enough for companies to consider a more secure alternative, such as Multi-Instance architecture.

At Grupo NGN, we considered both approaches and we decided to go with a Multi-Instance approach, the more secure route for our customers even though it carries a higher cost to us.

What are the differences between Multi-Tenant and Multi-Instance?

We at Grupo NGN believe that our customers deserve the best and most secure environment possible. All of our customers benefit from having a Multi-Instance environment that provides flexibility and security while still taking advantes of a single code-base and agile versioning deployment of new features.

With NGNCloudComm, we have gone one step beyond Multi-Instance within a rigid cloud offering with the flexibility for customers to select their cloud environment if desired. We can deploy across open cloud environments like Azure, Google and AWS. Grupo NGN can deploy a system with fault-tolerance redundancy wherever and however our customers need around the globe.

To find out more about it, please contact us. 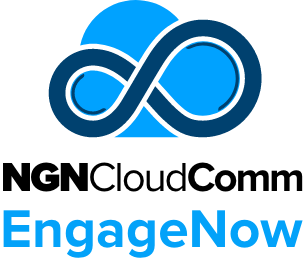